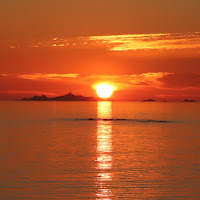 The United Kingdom, like all countries, is affected by the Covid-19 pandemic.


But even during this period, marked by an almost general confinement, the UK is still thinking strongly about the 'after'.


The proof is in the April 25th edition of "The Sun" which, in its "Travel" section, promotes Corsica as a destination.

The author, Angharad Salazar Llewellyn, compares Corsica with a Caribbean Island, and talks about her family holiday in Corsica.


She stayed in a camp site on the Eastern side of the island, perfect to enjoy the morning sun. She also talks about the different things that can be done on the island.


This press release in The Sun, one of the best-selling newspaper in the United Kingdom, should encourage the British public to be more interested in Corsica as a destination.


We invite you to discover some of the trips we propose in our island....